As the deadline for the take-off of new currencies by the Central Bank of Nigeria (CBN) approaches, the Governor of Yobe State, Hon Mai Mala Buni has called on commercial banks operating in the state to open more branches with a view to improving the plight of people living in rural areas, especially those without bank accounts.

Buni, while speaking shortly after the launch of 50 POS machines donated by UBA for revenue collection and remittance to state coffers, said the call became necessary given the nature people, especially those in remote areas.

The governor said many rural people in northern Nigeria are used to dealing with cash rather than banking, which forces many of them to move around with a large amount of cash that needs to be deposited. before the expiration of the CBN date.

He said, “In Yobe, only four out of 17 local government areas have banks and many of our people are either farmers or herders who believe in holding cash rather than banking.

“It is high time to expand your branches to all local government headquarters, but in the meantime you need to find a way to make our people understand the policy as well as how to deposit their money easily without unnecessary challenges.”

Buni congratulated the bank for the donation saying, “I would like to reiterate that with the support of development partners such as the EU and other financial institutions, we are committed to working collectively as a team to plan, formulate and implement policies and programs that will have a positive impact. on the lives of our people. 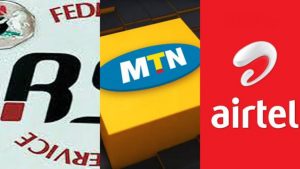