The first digital currency backed by the central bank

Malaysian currency and stocks down after inconclusive election – Markets

In the digital age, popular trends have spread like wildfire and the blockchain-enabled digital currency mania appears to be reaching critical mass.

In the near future, the People’s Republic of China (PBOC) will launch a new â€œdigital yuan,â€ essentially an online version of its existing currency (i.e., Chinese yuan, renminbi, or CNY).

Unlike a cryptocurrency such as Bitcoin, the digital yuan is backed by the central bank of China and will therefore be classified as the very first â€œcentral bank digital currencyâ€ (CBDC). The new digital yuan is already being tested by around 100,000 citizens in China, although no official timeline has been released on its upcoming availability to the general public.

Given the forward-thinking nature of this development, it is difficult to predict the exact impact of the digital yuan on life in China, let alone on the global economy.

But as for the former, digital payments have been rife in China for many years, and most of them are already the norm.

For example, 98% of urban Chinese consumers use a digital wallet on a daily basis. In practice, this means that when most Chinese citizens go to coffee shops, they use an app on their phone to pay their bills, usually with Tencent’s WeChat Pay or Ant Group’s AliPay.

If you can believe it, even the homeless in China accept digital payments through these same platforms. And it’s not uncommon for that to happen – digital payments are so ingrained that they’re a part of normal everyday life.

In that sense, a digital yuan is unlikely to represent a dramatic change for the average consumer in China. The digital yuan should be familiar to Chinese digital payment users, as it will also be available through a user-friendly mobile app (developed by the People’s Bank of China). Interestingly, transactions on the app can be done without an internet connection.

One big change with the digital yuan, compared to existing platforms, is that the Chinese government will be able to monitor all transactions executed using the eCNY. This reality will undoubtedly enhance the government’s ability to keep up with the movement of the Chinese currency and help greatly in reducing harmful and unwanted transactions.

Certainly, there will be a lot of criticism of such a control, seeing it as yet another attack on the personal freedoms of Chinese citizens.

But beyond these national implications, there are many questions about the impact of the digital yuan on the existing cross-border system of international trade and finance.

One of the pillars of the current global payment system is the Society for Worldwide Interbank Financial Telecommunications (SWIFT) network, which is a digital messaging system used by international commercial banks. SWIFT is a cooperative domiciled in Belgium and controlled by its member banks. In 2018, around 11,000 member banks routed around 34 million daily transactions through the network.

The United States relies on the SWIFT network to monitor suspicious activity, as well as to deploy and enforce sanctions against countries, organizations and individuals. It is important to note that the digital yuan ecosystem will be completely detached from the SWIFT network, which means that the impact of the currency on international payments could be large and difficult to predict.

Will the digital yuan soon be accepted as a method of payment in rural America? Certainly not. But what about an international airport, where travelers might prefer to buy digital yuan instead of changing hard currencies at the counter?

Another big concern is that US sanctioned countries / organizations / individuals could theoretically use the digital yuan to circumvent restrictions and sanctions. This would undoubtedly serve to weaken the influence of the United States, as well as its own currency, the US dollar.

Currently, the greenback is used in around 88% of international foreign exchange transactions, compared to around 4% for the Chinese yuan. But those numbers could be about to change, potentially dramatically.

With China being more of a global supplier than a global buyer, Chinese companies will likely always be required to accept the currency of the importing country when making international payments. But one could see how China could use its considerable influence to try to coerce its close allies and regional neighbors to use the digital yuan.

Currently, over 60% of all global central bank reserves are held in dollar-denominated assets. Another statistic that could be about to take a hit.

However, an international payments expert doesn’t necessarily think it will be easy for the yuan to replace the dollar, digital or otherwise. Eswar Prasad, former head of the China division of the International Monetary Fund and current professor of economics at Cornell University, said of the situation: â€œMost cross-border payments, whether for trade or finance are already digital, so it’s hard to imagine a digital yuan having a huge impact on international payments.

He argued that a more significant development was the introduction in 2015 of China’s cross-border interbank payment system, intended to directly compete with SWIFT. In combination with the digital yuan, this system could theoretically make it easier for US-sanctioned countries to circumvent these sanctions and continue to interact with the global economy, albeit on a more limited basis.

Either way, any reduction in the dollar’s status as the world’s primary reserve currency could theoretically hurt its value as well. The British pound was once in the same position as the US dollar and suffered a decline in value when replaced by the greenback. 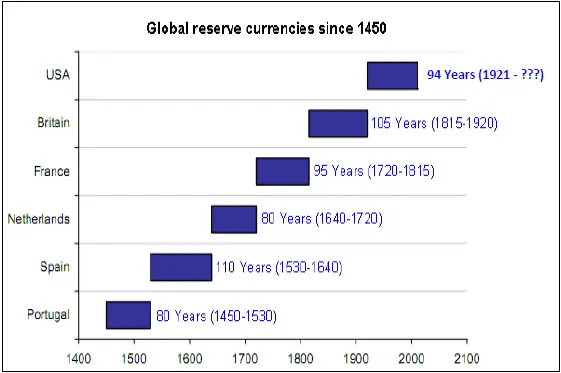 In view of all of the above, traders of foreign currencies – cryptocurrency or otherwise – may want to follow the ongoing developments related to the digital yuan very closely over the coming months.

Sage Anderson is a pseudonym. He is an experienced equity derivatives trader and has managed volatility-based portfolios as a former employee of a prop trading company. He is not an employee of Luckbox, Tasty Commerce, or any other affiliated company. Readers can direct questions about this blog or other trading-related topics to [email protected]

Originally published in Luckbox Magazine. Subscribe for free at getluckbox.com/dailyfx

element inside element. This is probably not what you wanted to do! Load your application’s JavaScript bundle into the element instead.
[ad_2]

Previous Nigeria’s new digital currency was developed by a subsidiary of Overstock.com
Next Afghan dispatches: “Commercial banks are unable to preserve their liquidity and this is leading them to bankruptcy. – LEGAL OFFICER – News

Crypto and Digital Currency in the Caribbean Market: What You Need to Know – Island Origins Magazine